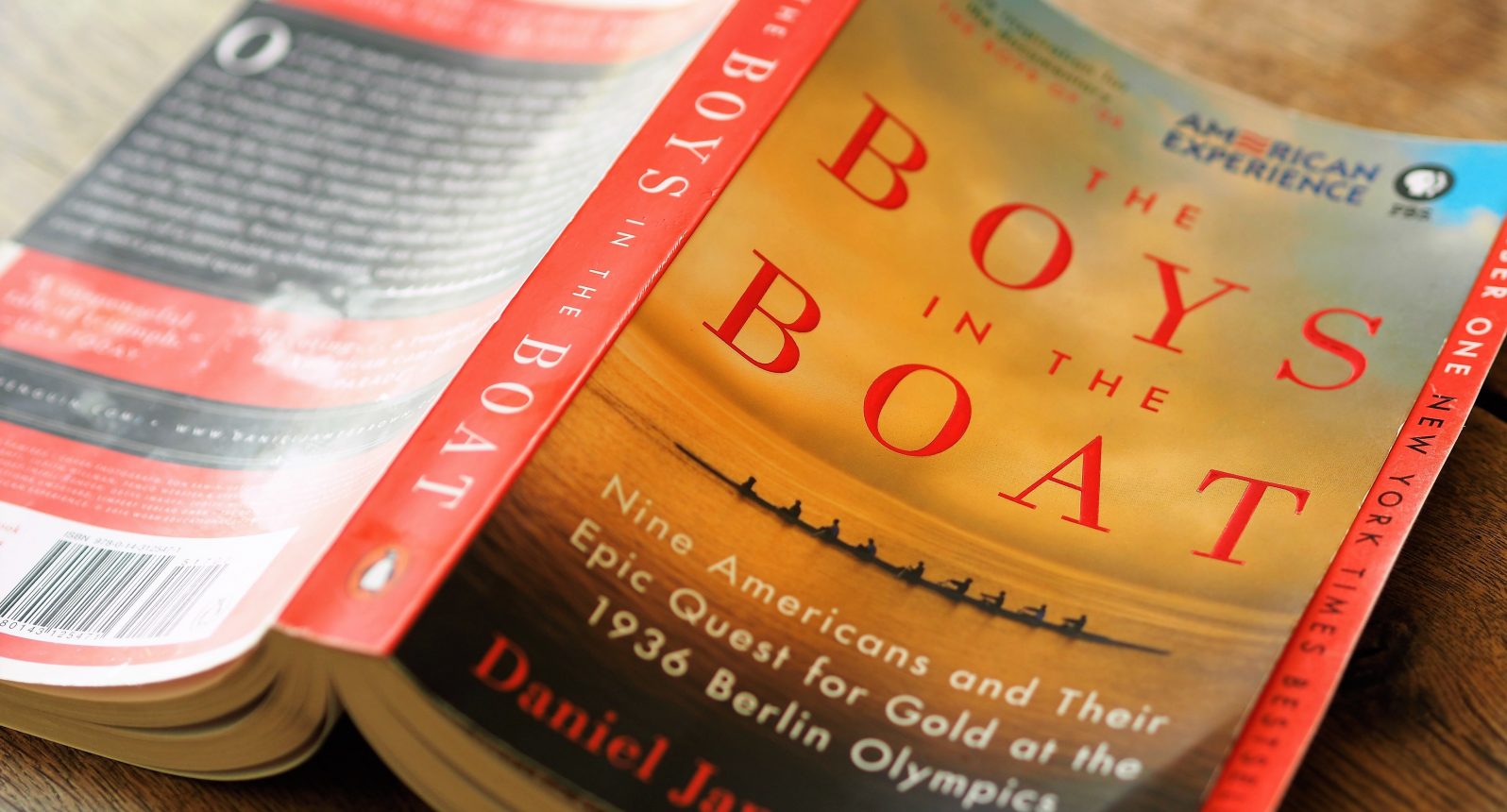 The Boys in the Boat

A Summer in North America, General

I have had a special travel companion on my three months tour: “The Boys in the Boat”, a documentary by Daniel James Brown, which our coach and friend John Faulk had recommended to me when we got to Seattle in early June. I bought it in a little bookstore on Bainbridge Island and it has become the book of this trip. I believe it was meant that we found each other.

It tells the story of the eight-oared Varsity crew and its coxswain Bobby Moch at the University of Washington in Seattle, that, against all odds, won the gold medal at the 1936 Olympic Games in Nazi Germany Berlin against the Italians (silver) and the Germans (bronze) after an unbelievable race. In German, the book is called “Das Wunder von Berlin” and it really was quite a miracle which these PNW boys pulled off.

The main characters of the book are Joe Rantz, one of the oarsmen, who, like many others of his crewmates, grew up in a rough and non-privileged great depression environment and has to fight for every inch of his life, as well as Al Ulbrickson, the charismatic yet reserved U of W coach, and George Pocock, the very British builder of the team’s legendary rowing shell, the Husky Clipper, who all contributed immensely to this extraordinary success and the history of rowing in the United States.

At the same time, the author goes back and forth between Seattle and Berlin to describe the preparation of the 1936 Olympic games with the particular involvement of Leni Riefenstahl and Joseph Goebbels as well as other equally gruesome figures of the time, and illustrates how the Nazis managed to disguise Germany as a modern and tolerant nation for the time of the Games, interrupting their barbaric persecution of the Jewish population and their other countless victims, hiding the “Jews not allowed” signs and putting forbidden literature back into shop windows of bookstores, while mobilizing the German population to be one supportive mass of their outrageous movement of terror. And I am once more ashamed of this historic past of my country and highly concerned of how I would have behaved, had a lived then.

Set in this brutal historic context is the most impressive story of the development of this team of nine under Al Ulbrickson’s guidance in difficult socio-economic times in America, and how, through many ups and downs, hard work and setbacks, this team ultimately gets the swing of things because the crew members and their coach start to fully appreciate und trust one another at some point. And how in the end, although Don Hume, the crew’s stroke (the rower closest to the coxswain and the critical figure to set the pace), is severely ill at the big day of competition, and the US boys are allegedly on purpose placed in the most disadvantageous lane, where they can’t even hear the starting signal and start off with a delay of one and half strokes in the race, they still battle themselves to victory at the Olympics in an outstanding team effort and performance. What a story. What a leadership.

And although under highly different, because most privileged circumstances, living and working in peaceful and thriving reunified Berlin of our times, I could not help to compare my team and myself to this team and their coaches, growing together over time and developing a swing of our own with a lot of effort from everyone. At the end, the most important experience I made on this trip in this respect was to let go and entrust the firm to those who stayed home and who did a terrific job in running the show. Because at the end, trust, together with appreciation of each individual, is the most important force when a team really builds itself to its best.

Funnily, my wife gave me an artwork on the occasion of setting up my own company back in 2013, a picture of a one crew oarsman on a lake nearby Berlin, looking over his shoulder onto the way ahead of him while pulling the oars. It is hung up in the conference room of my law firm, displaying quietness and peace as well as energy at the same time. A good image for dispute resolution. And the boat on the picture is called “Old Joe”. It will make me think of Joe Rantz, the empathetic main character of “The Boys in the Boat” evermore.

One year ago, we returned to Berlin after our three months family tour through the US. We have thought a lot about this return in the past days, not only

END_OF_DOCUMENT_TOKEN_TO_BE_REPLACED

Two months have passed since we returned from our American tour, and here we are, leaving Berlin again for our first little one-week trip to the South of France. When

END_OF_DOCUMENT_TOKEN_TO_BE_REPLACED 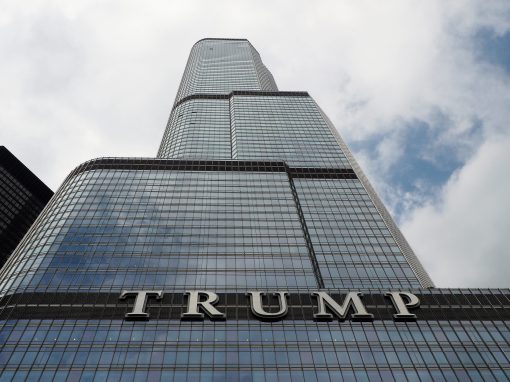 Of course, everyone back in Germany asked about what our observations were regarding Mr. Trump and what Americans thought of him. And of course, there was almost no one who