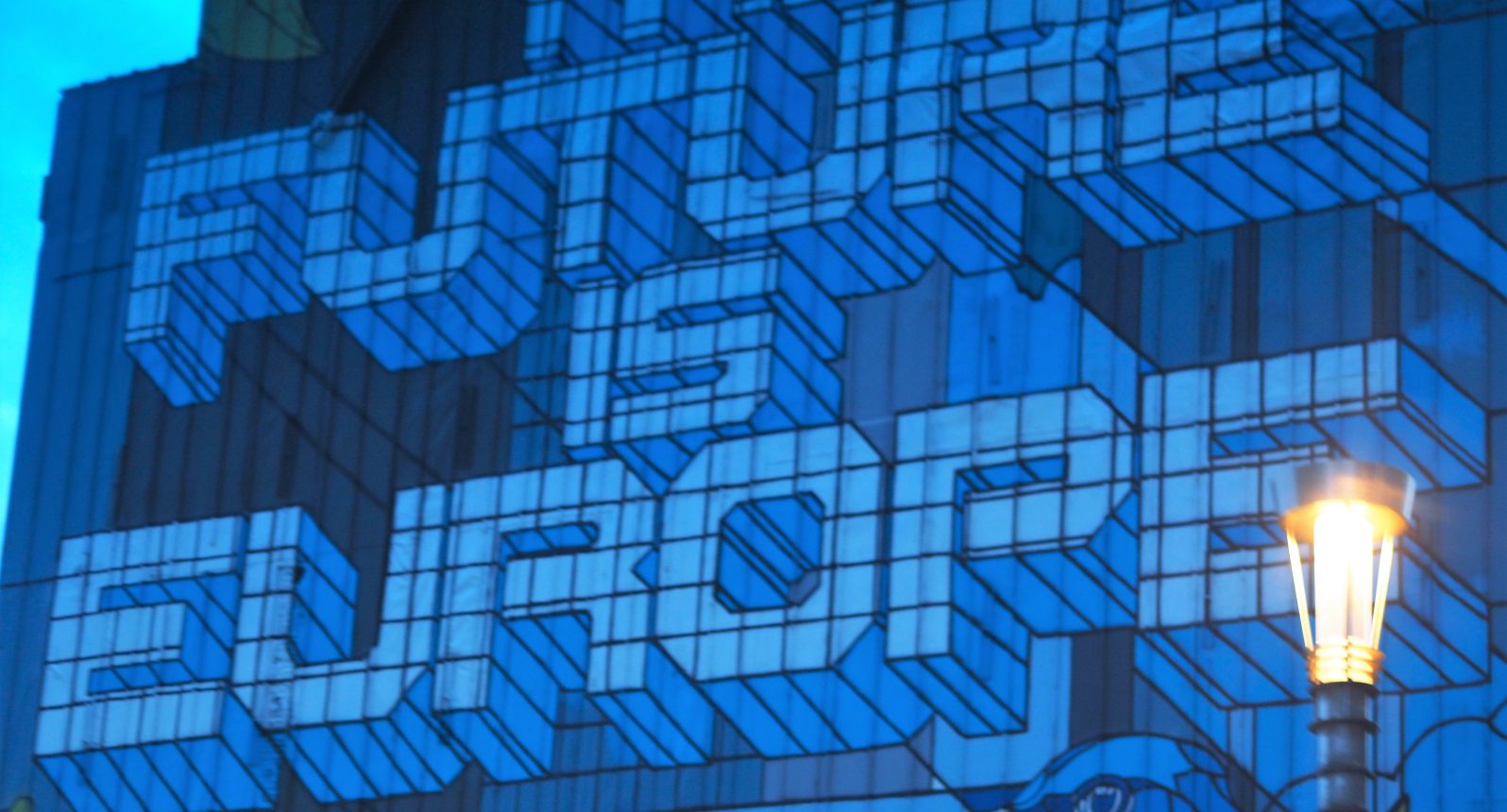 Ahead of us lies a short stay in Brussels, the capital of a country with three official languages that is divided into Flanders (the Flemish speaking part), Wallonia (the French speaking part) and a small German speaking part. Clearly, we won’t have enough time.

We arrive late in the Belgian capital after our spontaneous dinner in The Hague. The children are dead beat and the room for four in our hotel (which looks something like an incubator for influencers) feels like a sauna. Temperatures have been climbing high the past days and it is not cooling down at night. We have a late drink on the very small roof terrace hoping to catch a breeze, the kids work on their personal travel diaries, and we then rather spend the night than sleep it through in our hotel room.

To the Berlaymont and beyond

The next morning brings an early refreshment in the tiny hotel pool that has enough water for the four of us. A good start into a very warm and sunny day.

Given the motto of our tour, we focus on one particular Brussels feature – that of the EU institutions, in particular the EU Commission. But before doing so, we meet with Dirk Pulkowski of the Permanent Court of Arbitration in the Hague for a short breakfast around the corner from our hotel, discussing arbitration and how to live in Brussels as a family.

It is now time for the Berlaymont, the headquarter of the EU Commission, to where we head by tram and underground, a very easy and convenient way to get around in Brussels. Nicolaj Kuplewatzky, a new Tönisstein friend and a member of the Legal Service at the Commission, gives us a personal tour of the premises including lunch and coffee, explaining our children how the EU institutions work, why the EU was granted the 2012 Nobel Peace Prize, that Monet, Kohl and Delors are the only three honorary citizens of the EU and that our daughter could be the first female President of the European Commission.

As we sit over lunch and talk, I sense the concern that the institutions of the EU feel quite detached from its citizens. Certainly, the project called EU is the best we ever had in Europe, but the institutions will have to start opening to the public. While this goes through my mind, I wonder why I as a lawyer have never visited any EU institution before. And why it is not part of the university curriculum of every European law student to do so, even as an internship, at least later on when training as a young legal professional. It seems there is work to be done.

In the old city

We say farewell to our host and head back to the old city, where we stroll through the streets and parks, trying not to be melted into the ground by the beating sun. The children are incredibly well spirited and great travel companions and enjoy an afternoon hop in the pool.

Our last rendezvous for the day is an “apéro dinertoire” with Jean Francois Tossens, a Belgian arbitration colleague, and his charming companion, at a wine bar in the south of the old city. We sit for hours, enjoying wine with delicious little things to eat and talk our way into the night. Again, we speak of the dark times Nazi-Germany brought over the region and are happy and thankful to be sitting together in peace as friends, cherishing each other’s company.

The next morning, after another night in our little heating room and a last bath in the pool, we pack our things – meanwhile with something like a routine – in our “EuroCar” and are off to our next stop: Luxembourg. Friends are waiting for us there, and we are just a little late.