It has become winter in Berlin and much of what I wanted to write in the meantime has been pushed behind by work and everyday life. What reminds us of our summer tour on a daily basis is the “wreath of stars” on the roof of our car. It will probably stay there until the end of this vehicle’s days and hopefully until another European Union Tour.

When I am asked what I liked best about our trip, three things come to my mind.

One, again as in 2017, is the precious time I shared with my family.

Being on the road with my wife and children is fantastic. They are the best travel companions, and I sensed throughout the entire trip, that the North American Summer Tour in 2017 has trained us all in that sense.

We have become a band of four, swaying in an out of the travel experience, as a team and as individuals, leaving room for both, with an understanding for all the friction there is, but knowing that it adds to the spice of travel. I hope there will be many more trips to follow.

Two is the cultural diversity under one flag.

Another aspect which is often referred to yet somewhat taken for granted is the cultural diversity we share in the EU under one European Union flag.

The roughness of the North Sea, the magnitude of the Atlantic Ocean and the quietude of the Mediterranean; the variety of landscapes from the flatlands in the Netherlands to the wild mountain extensions in the Pyrenees, and from the vastness of central Spain to the South Alpine pastures of northern Italy.

Then the various languages, that have so much in common and are still so different in many ways, yet crowded on a relatively small space; history, cuisine, art, churches, architecture, style. It is all combined in some miraculous way, and still different. It was fun (and challenging) writing a few blog posts in Lederhosen-French, Apfelstrudel-Spanish and Wurstel-Italian next to Broken English.

Three is the fact that we are welcomed despite our historic heritage.

As I have mentioned on several occasions in this blog, it amazes me that only 70 years after the war and all the cruelties the Nazi German occupation inflicted upon this continent in the past century, we are welcomed everywhere as friends. And even though the elders of some, if not of all our hosts have been victims in one way or another.

Being welcomed by them in their homes with their families with open arms and open hearts is such a gift. I often have to think of my parents in moments like these. They built many of those cross-border friendships earlier in their lives and especially when we lived in France back when I was a child. Their European spirit and commitment to friendships beyond boundaries and language barriers have very much marked my life and contributed substantially to this trip.

My three main critical observations are the following:

One is the lack of understanding of EU institutions.

The EU institutions have to watch out not to jeopardize their mission, because they appear inaccessible to the public and detached from it. When I say that, I think of the European Court of Justice in particular, but also of the remoteness I felt with regard to the institutions in Brussels, such as the EU Commission.

I think this is part of the reason why the four British pensioners that I met at the lake of Garda this fall explained to me that they were Brexiteers, because they did “not want Brussels to tell us what to do”. The fact that they have representatives in those institutions still is either not apparent enough or not relevant enough to them.

Two is the concern about the state of the environment.

Throughout our trip, many of the people we spoke to raised concerns about the pollution of the environment and climate change, regardless of their respective professional or personal backgrounds.

One encounter that struck me in particular was with a former French winemaker who had retired to s small village in the Pyrenees. He explained to me that a Corbières wine back in the active days of his father would have 11.5% of alcohol, while that figure has increased to 14% today, given the temperature rise.

He said that the vines were literally burning in the mountainous vineyards of the region, where the temperature of the soil when exposed to direct sunlight would reach way over 50 degrees Centigrade. He was equally concerned about the food industry and claimed that the food one would buy in the supermarket was industrial trash (“salopperie”) and eventually making people sick.

I heard pretty much the same from an older gentleman in Pavia, Italy, who was working as a janitor at our hotel and kept a little private orchard on the side to avoid buying fruit and vegetables at the supermarket. These are just two examples, and this was not Greta or some Fridays for Future activists speaking.

Three is the growing populism in EU member states and what we can do against it.

The fact that populist movements and political parties grow pretty much in all EU member states is alarming. It was precisely one of the reasons, why we wanted to take our kids on this trip. We thought it was important to connect them with the positive relevance that the EU has for our lives on this continent.

Wherever we went, our friends addressed their concerns about these developments, and it feels almost like no one has a real recipe. One hiker explained his approach one evening, under the starlit sky in the Pyrenees: Maybe, the answer lies in the individual connections each of us maintains across borders and with people from other EU member states and the trust that builds. The families that have hosted us as exchange students in high school and vice versa, the friends we have studied with at university or met on abroad work or travel experiences. Everyone has something to contribute to make this cross border alliance work from the core.

Our children made every effort to learn at least a few words of a local language, because they soon realized that speaking another’s language does not only facilitate communication. It is also a sign of appreciation. It was a special moment, when our children, whose first foreign language in school is Russian and who have not learned French yet, spoke Russian with our hosts in the French Pyrenees and with their two-year-old twins, because our hostess was Russian from Volgograd, formerly known as Stalingrad. You could just see that the fact that two German children said hello, thank you and goodbye to her in her mother tongue, came to her like an unexpected ray of sunshine. And that is what it’s all about.

In this spirit, we continue to live the European idea in our everyday life as much as possible, looking across boundaries and on the roof of our car, enjoying and learning from the cultural diversity, in particular in the wine glass, and cherishing the common values.

And this is where “My American Guitar” pauses again until our next tour, while my “EUkulele” continues to sound. Thank you all for following and supporting this journey. We will be in touch again. Happy Christmas  and all the best, love and peace for 2020.

END_OF_DOCUMENT_TOKEN_TO_BE_REPLACED 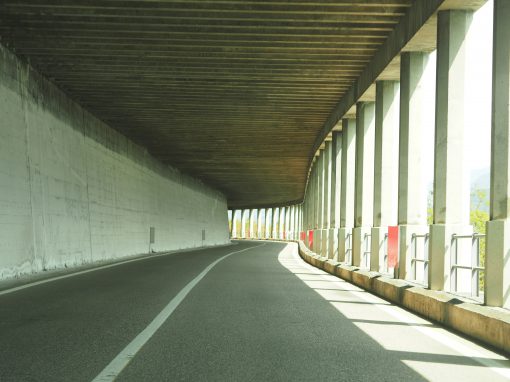